Struggling with credit card debt? Many Americans are too

11 Feb Struggling with credit card debt? Many Americans are too 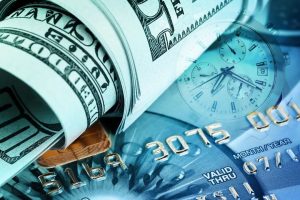 Struggling with credit card debt? Many Wealthy Americans are too

Struggling with credit card debt – We know that consumer debt has become an epidemic among many Americans. With the average American having over $10,000 worth of credit card debt, it’s no wonder the credit crisis has become a serious issue in our country. What many don’t realize is that individuals who have a net worth of over $100,000 are just as likely to fall in the credit trap as those who have smaller incomes. The lifestyle that comes with a six figure income could be the main culprit. From a psychological perspective, many individuals who make more money often spend more money. With access to credit and limited liquidity, spending habits change from living within a certain budget to utilizing credit cards to make discretionary purchases. Having a higher net worth does not necessarily mean having access to cash. Sometimes an individual’s net worth is tied up in assets that are not as easy to gain access to, therefore, accessing funds through credit cards is the alternative.

Why do wealthy people have debt?

It is understood that the wealthy handle their money much differently than most average Americans. Does the fact that they have credit card debt indicate they are in a crisis? After all, it’s kind of hard to feel sorry for a rich person who claims they’re having financial problems. There are reasons wealthy individuals use credit cards. Many credit card companies provide free travel insurance. Because most wealthy individuals travel often, free travel insurance is a convenience that’s offered by preferred credit card companies. With some platinum cards, they are offered free perks such as complimentary hotel stays or credits towards airline travel. Credit cards also allow certain cardholders access to special events such as vip sections at concerts.

Is it worse for those with higher incomes?

In theory, there is a misconception that individuals with higher income can handle higher credit card debt. The higher the income the higher the balances on the credit cards. The rule of thumb for debt to income ratio is typically 36%. This is an acceptable rate for most lenders. Some financial advisers contradict the statement by saying 20% for debt to income ratio is a more acceptable DTI rate. Whether you are a high-income earner or a worker earning an average salary, maintaining lower credit card debt is the most favorable scenario. The average balance of credit cards has increased to nearly $6,200. Some experts blame the cost of living for the increase in debt stating that an increase in household income has not been able to keep up with an increase in the cost of living. Other experts argue that cost of living increases very seldom affect individuals with higher incomes. While this may be true, individuals with high net worth are often in situations where they are in need of credit card relief also. As quiet as it’s kept, when credit card debt is not kept in check, six figure income earners are likely to seek services to consolidate credit card debt.

How do wealthy people use their credit cards?

It’s been said that wealthy people use their credit cards differently than most average Americans. As mentioned earlier, people with higher net incomes are more likely to travel than most average Americans. By using their credit cards, they are able to earn reward points towards future travels or get credits towards hotel stays. While most wealthy people don’t carry balances from month to month on their credit cards, there are some individuals in higher income brackets that do carry over balances. Often, these balances are much higher than those with lower annual salaries. The spending habits of wealthy individuals are much different than those with a lower net worth. Wealthy people tend to spend money on experiences such as travel and other unique adventures, whereas individuals with lower net worth are more likely to utilize credit cards for things such as grocery shopping, gas purchases and paying bills.

Are wealthy individuals in a credit crisis?

The answer to this question is contingent upon who you ask. People of higher incomes have often fared well during most financial crises. During the most recent and the most devastating financial crisis in modern history, rich people got richer than ever before. With an increase in their overall credit card debts, it is hard to relate this financial crisis to individuals with a high net worth. Since most wealthy individuals have recouped their loss from the financial downturn, they are now back to business as usual. What this means is they are able to continue on with their extravagant lifestyle while utilizing their credit cards for purchases for things such as travel. Individuals who have an annual income of $100,000 are more likely to succumb to the credit trap. Even though they are six figure earners, they are still not out of the woods. As mentioned earlier, the cost of living for most Americans has increased. This increase in living cost obviously affects individuals who do not earn six figures a year. However, with the cost of living steadily increasing, it’s only a matter of time before it begins to affect individuals with higher incomes. Credit card debt could be the catalyst that fuels what could potentially be a crisis. No matter how it’s viewed, often, individuals with higher incomes find themselves needing help with credit card debt also.

How to get out of credit card debt?