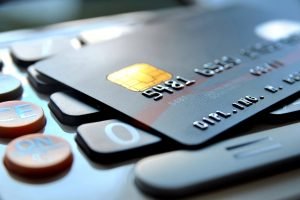 Credit card debt settlement is a rare but useful choice for those planning to settle credit card debt. It is a contract between the debtor and the creditor to settle the debt in an efficient way without losing a lot of money or creating issue in the long run. Here, a lump-sum payment is made by the indebted consumer in exchange for a part of the debt of full debt forgiven by the creditor. The creditor receives most of the money owed by the consumer whereas the consumer is free from debt.

In most credit card debt settlement process, the creditor forgives the fees and finance charges incurred on the debt if not the principal. All these under the condition that the consumer pays off the money owed in lump-sum and not back off from the agreement. In cases where the consumer fails to pay off the amount agreed upon, the creditor has the right to nullify the agreement, including the forgiven fees and charges. Credit card debt, in most cases, is the result of uncontrolled spending by the borrower. Using credit card for expenses may seem like free money, but little do these consumers know that it is far from reality. In fact, people who use credit card on a regular basis splurge more on unnecessary things, sometimes become addicted to shopping compared to those who pay by cash.

For one thing, it is a good idea to opt for credit card relief programs for settling credit card debt when you can’t afford to pay off the debt in conventional ways. This process is also useful to those who are already in default. In other words, if you are 180 days behind your payments, creditors will consider you for the debt settlement program. In the rest of the cases, debt settlement this way can prove disadvantageous rather than bring positive results financially.

With credit card debt relief programs, you will be able to not only settle credit card debt but payoff other high interest loans, unpaid medical bills, unpaid utility bills, store debt and so on. Besides, you can choose to clear debt by yourself or get assistance from a debt settlement service. Typically, a creditor will approach you with an offer to settle anywhere from 30 to 80 percent of the amount you owe. The rest of the amount is forgiven which means you don’t have to pay a dime beyond that amount. However, the creditor may accept, reject or place counter offer on the settlement agreement.

Credit card settlement programs not only have implications on your credit score or your future financial status but your tax payment as well. When the creditor enters into a settlement contract, and if it goes through, the forgiven debt is reported to the IRS and, you as a consumer, are required to pay tax on the forgiven portion. For instance, if you owe $5000 in total debt of which $2,000 is forgiven, you will pay $500 in tax if you are in the 25 percent tax bracket.
This means the outstanding debt on your record is $3,500. You will, therefore, receive a 1099-C form from the IRS; make sure to fill it on time. The information about the forgiven debt, your outstanding debt as well as the debt settlement agreement terms will be on your record and major credit reports for seven years from the date you were in default.

Creditors Reaction To Your Unpaid Debt

When you are in debt, it is common for the creditors to keep in touch as often as they can to make sure that your debt is paid on time. And after you are in default, calls and emails from your creditors will become a daily thing that you will be compelled to choose a form to pay off your bills. However, as mentioned earlier, a debt settlement program is not a one-size-fit-all cure for debt. But if you are already in default and unable to move forward, it can be a lifesaver. So, to reap the full benefits of a debt settlement program, you should already have defaulted.

Again, creditors will make sure that they have taken the full advantage of the loan offered to you in the first place. They may assess penalty fees on top of interest, increase your existing interest rate, send multiple letters and calls to convince you to pay off the debt, and in some cases, file a lawsuit against you or place a lien on your assets. For this and many other reasons, it is wise to not enter into a debt settlement program unless you have fully understood the terms and have no resources readily available to settling credit card debt.

If you are hiring a debt settlement agency like Consumer Credit Card Relief to solve your debt issues, know that a legitimate company has workarounds to get you out of debt without much repercussions on your financial health. A debt settlement agency like CCCR is more likely to know the end results in various situations. They will walk you through the process of settling debt with the creditor and even negotiate on the original amount. You will save money and time trying to negotiate with the creditor on your own. On the flip side, hiring a debt settlement agency to conduct thorough assessment of your finance and connect with your creditors can cost a lot of money.

A typical agency may charge anywhere around 10 to 15 percent. So, if you are trying to come out of a debt worth $10,000, it will cost $1,500, which is a lot for many consumers who are in default. Additionally, not all debt settlement agencies are real. There are many scams running on the internet that promise to settle your debt but run away with your money. Others cost you more than it would have cost settling the debt on your own. In essence, there are many dangers of settling credit card debt that has spiraled out of control through credit card relief programs. You will be potentially exposed to many shady businesses that only look for their own interests as well as your credit standing will take a beat.

If you ultimately decided that hiring a debt settlement agency is the best way to move forward, then look for those agencies that have good ratings/reviews. Once you are accepted into the program, you will be required to pay for the service as well as deposit the money to an independently managed savings account that will be used to settle the debt. This money is leveraged by the agency to negotiate with your creditors. In case you decided to withdraw from the program, the amount you deposited should be fully refundable.

Settle Once & For All

As mentioned earlier, debt settlement program is a tailored plan to eliminate the debt you owe. This means, it is customized to the borrower’s individual financial situation and therefore can vary in terms of the amount forgiven, interest charged, fees and fines accrued and so on. There is no doubt that debt settlement programs or being in default will ruin credit score. However, it eliminates the debt, paving a path to financial freedom. You will be saved from the burden of potential lawsuit. With that being said, it is important to evaluate your resources and make an informed decision before going for a debt settlement program.