How to choose and manage your credit cards!

Credit card debt is crippling many individuals and families, and at least putting a damper on the finances of many more. 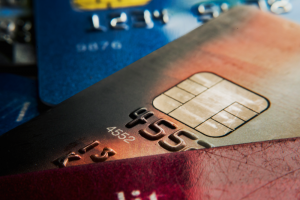 According to “ The Street, ” the average credit card per American in 2019 is $5,331. In addition, 55 percent make only partial payments on their credit card, causing interest to rack up, month after month.

Clearly, credit card debt relief is sorely needed by the majority of consumers, although many wait way too long before seeking help.

One of the major credit rating companies, the average credit card rate hovers somewhere around 14 or 15 percent, but the interest rates vary widely, primarily based upon your credit card worthiness.

So if 14 or 15% are average, what is the highest that a credit card company can charge on credit card debt? Surprisingly, at the Federal Level, there isn’t any limit, which is why Credit Card.com  reports that a national bank was able to offer subprime cards to borrowers with poor credit at a whopping rate of 79.9 percent.

The Feds leave it up to the individual states to set usury laws, which a fundamental reason why so many banks are located in states such as South Dakota and Delaware, which offer very lax, or non-existent usury laws.

However, typically, subprime banks charge an annual percentage rate of between 24 and 28 percent on their cards.

It should be noted that a fundamental of debt relief is both reading the fine print that explains the details of credit card debt and explains all the legalities regarding the card.

For example, a credit card can have a high annual percentage in the neighborhood of 28 percent, but if you pay off the debt you own in full each month, then the APR doesn’t really matter. The APR only takes effect when you actually borrow money by failing to pay the bill in full.

And that’s something many consumers have problems grasping. That failure to pay the bill in full and on-time is actually borrowing money, just as if you would if you went to your credit union and took out a personal loan, only the rate for this loan via credit card debt is much higher than you would pay if you borrowed money from a bank.

This built-in loan factor is one reason why your approved credit card is based on your credit scores and creditworthiness. As stated before, over 45 percent of people regularly take out a loan from the bank issuing their credit card and is the primary reason why people build up so much credit card debt.

One indicator of how quickly credit card debt can build was written about in  Market Watch, where they gave an example of a $2,000 credit card debt at 18 percent APR, but consumers made only a 2 percent minimum payment or at least $10 dollars.

In this case, that $2000 credit card debt wouldn’t be paid off for over 30 years, and you would pay roughly $5,000 in interest payments alone.

So I am underwater with my credit cards. What should I do?

First, realize you’re not alone. Millions of people, sooner or later, come to the understanding that they need debt relief. The problem is that debt relief is not a DIY

project for most people. Before you can even begin to touch the hem of debt relief, you first need to understand your personal financial situation completely, as well as to know all of your options.

Most financial experts recommend calling in a professional for help with your debt relief issues. Professionals in debt relief have helped thousands of individuals obtain credit card debt relief, and if you will sincerely work with them, there is both sanity and debt relief in your future.

Unlike some debt relief counseling services, they don’t have the attitude that all credit cards are bad, but rather to carry one or two, low APR cards at a time.

Consumer Credit Card Relief will help you develop a complete debt relief, credit card debt relief plan that makes sense, and still allows you the flexibility to carry on a normal life.

A key to their plan is to analyze all the cards you have carefully, decide which ones to keep, which ones to close and establish a credit card debt relief plan that makes financial sense.

Next, they will contact the banks on your behalf and attempt to negotiate better rates on your behalf. In some cases, getting an agreement from the bank is dependent upon your closing the card, but that’s expected with a lot of credit card debt.

In other cases, they may analyze your financial condition and suggest you apply for a different credit card which offers a lower interest, and perhaps a 0 percent interest for a short time. Thus, by paying off old balances with the new card, you can often gain almost immediate debt relief.

In other cases, credit card debt relief can be obtained by the organization negotiating with the bank to eliminate certain fees and penalties that you have incurred but leaving the account open.

Another way credit card debt can be achieved is if the organization can get the bank to lower the overall interest APR on the card.

Still, an additional way counseling agencies can help is by coming up with a reasonable amount that you can afford each month, then turning over the payment to the counseling agency to distribute. Such debt management programs often are enough to convince banks that you are serious about clearing your debt over time, and are often enough to get the banks in a more reasonable position to negotiate.

Finally, there are debt settlement options. Often the last alternative to bankruptcy, banks may be willing to settle a debt for dimes on a dollar if they feel that you are on the edge of bankruptcy, and they will be left with nothing.

Explore all the options

A good financial counseling agency may make the difference between solvency, a brighter future, and bankruptcy. Explore all your options and make the best choices for a better future.