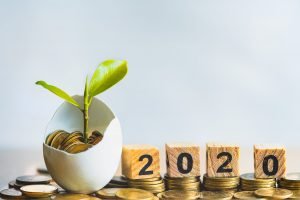 Credit Card Debt Has surprisingly Dropped In 2020 – 2020 is exceptional, especially when you consider a finance section, specifically credit, which is a record time in the last decade has dropped. The emergence of the Coronavirus pandemic, which hit globally almost every sector, ushered in a new era not witnessed for the last seven years. Debt owned by major consumer debt significantly decreased due to the effects orchestrated by the Covid-19 pandemic.

Still, most United States consumers significantly reduced their utilization towards credit and not only credit but also other delinquencies spread across other late payment timelines. Such a decrease and a sharp drop in credit utilization only indicate the economic backdrop due to covid-19. Consequently, this acts as an indicator of individual consumers’ financial success in the middle of a harsh economic environment. The primary issue is whether this trend will continue past 2020 and how long it will last before getting back to normal.

Why did Credit Card Debt Dropped In 2020

One of the factors that will come into play and will determine most consumers’ financial and economic recovery is having a clear, precise understanding of the factors that are critical in influencing and affecting your credit history. One-armed with such vital information, your financial health is securely protected during and after the pandemic. For any consumer to improve their credit score during a pandemic and beyond requires them to take two necessary steps: lower their credit utilization and delinquencies. These two factors play a critical role in your credit score strength and you can be sure that those who take necessary precautions early enough will for sure emerge with a strong credit standing.

Based on our data analysis for the year 2019 and the first quarter of 2020 before the pandemic effect hit home; it’s clear to see that credit card debt has surprisingly dropped in 2020. To be precise, the first quarter of 2020 saw the market shrink by approximately 9 percent, with a total of $756 billion getting recorded. If you compare the previous year for the same period of the first quarter, you will be astonished to notice a difference of $73 billion between the two quarters.

Even though we can attribute the drop to the economic recession brought about by Covid-19, that’s a huge difference that cannot go unnoticed. The drop is unique as it affects all debts across the industry from student loans, auto, mortgages, personal loans and credit cards. Such an occurrence was only witnessed in 2013, and from 2014, there has been a steady increase each year except in 2017. There was a misconception that has been deconstructed by this pandemic, that during a crisis, people will most likely tend to depend on credit to meet their daily expenses. But currently, one of the financial sector that is at its lowest point is Credit card debt consolidation.

Financial and credit analysts in the market attributed the sharp decrease in credit card debt, especially at a time like this we are battling a pandemic largely due to relief towards debts orchestrated by the federal government, making access to cash quite easy. The above measures are part of the larger stimulus package that has been enforced by the Coronavirus Aid, Relief and Economic Security Act, referred to as CARES.

Some of the policies that this act enforced include the suspension of student loans. Also, the provision of up to $1200 stimulus check has greatly contributed to consumers manage their debt and other expenses. One of the fascinating findings in 2020 is that despite the sharp decrease in credit card debt has surprisingly dropped In 2020, credit card accounts significantly grew by a whopping 12 million across the entire United States. It projected a proportionate growth even though we are in the middle of a pandemic and the economy is not performing quite well. Unlike in 2019, the year saw 33 million new credit accounts opened across the United States.

2020 is an exceptional year and unique in some ways as it’s a year that went against the norm where an increase in the number of new credit card accounts represented an increase in credit card debt. But this is the opposite of 2020, Credit Card Debt Has surprisingly Dropped In 2020, which saw an increase in new accounts with new 12 million getting opened, but the consumer credit debt sharply decreased. The above finding can only lead to one conclusion: The newly opened accounts are not getting utilized, or the account balances are too low to affect any significant change in balances.

Consequently, we can conclude that, in 2020, despite the economic hardship, consumers are heavily and aggressively paying in settle all your credit card debt and their debt balances higher than the newly added debt to get offset, and Credit Card Debt Has surprisingly Dropped In 2020. If, for instance, we train our focus on credit cards alone, it’s interesting to note that 2020 saw a decline of about 14 percent. It is a huge market shrinking in not less than 12 months. The other previous
occasion we witnessed such an occurrence was around 2011.

The shrinking in the credit card debt settlement balances in 2020 was due to governments’ measures to contain the coronavirus spread. Businesses operating hours were significantly reduced, and other measures like lockdown played a major role in the market’s disorganization. Combined with the federal government’s stimulus package, the above measures have contributed significantly to the decrease in credit card debt settlement. Where consumers settle all their credit card debt. By March of this year,2020, the united states witnessed one of its lowest turning points with consumer expenditure diving. This phenomenon had only occurred half a decade ago where Credit Card Debt Has surprisingly Dropped In 2020.

The overall decrease in consumer expenditure was synonymous across all states globally, but interestingly some states had a higher decrease than others. Some states saw a higher credit card debt decrease higher than the average national rate of 14 percent. One such state is Washington, D.C, with approximately 20 percent shrinkage. Surprisingly, the situation in North Dakota was the opposite of what was happening in Washington, D.C. The credit card debt stood at around 8 percent, 6 points below the average national rate.

Let’s now take a look at Consumer Credit Card Relief utilization levels. It will not come as a surprise that the credit utilization ratio shrunk by 25 percent, which is one of the lowest records ever posted close to a decade. When financial institutions calculate their client’s credit score, one of the primary ingredients is credit utilization. Credit utilization indicated the amount of credit a consumer is using based on their credit account at a single time. How low your credit utilization is, ranks you better in credit score, and hence you stand a better chance you decide to apply for credit. Meaning you settle all your credit card debt. The shrinking credit utilization in 2020 signals a major impact on debt balancing. For the first quarter of 2020, the average national credit score increased to its record high in a long time of 710—a difference of about 7 points when you compared the same period last year.